Are you ready, PH Reveluvs?! (UPDATED) Happee Sy of PULP Live World just posted another hint on March 5 regarding Red Velvet’s first solo Manila concert soon, saying that Reveluvs (fans of Red Velvet) should save up quickly as the concert is perhaps approaching soon, although dates are yet unannounced.

Red Velvet might bring themselves back in Manila this year for their first solo concert, as PULP Live World’s Happee Sy hinted to a fan last January 18 on Twitter when asked a request for Red Velvet’s La Rouge concert tour to happen on March or April of this year.

By responding “Ok”, hopes of PH Reveluvs raised up as the anticipated K-Pop act is currently on tour with ‘La Rouge’.

The last time the K-Pop act went in Manila was for the K-Pop World Music Festival last June 2019, and had promised their PH fans that they’ll return the soonest with a solo concert. Red Velvet first came to the country on April 12, 2015 for Best of Best in the Philippines concert, which also featured BTOB, Girls’ Generation, and Super Junior at the Philippine Arena. 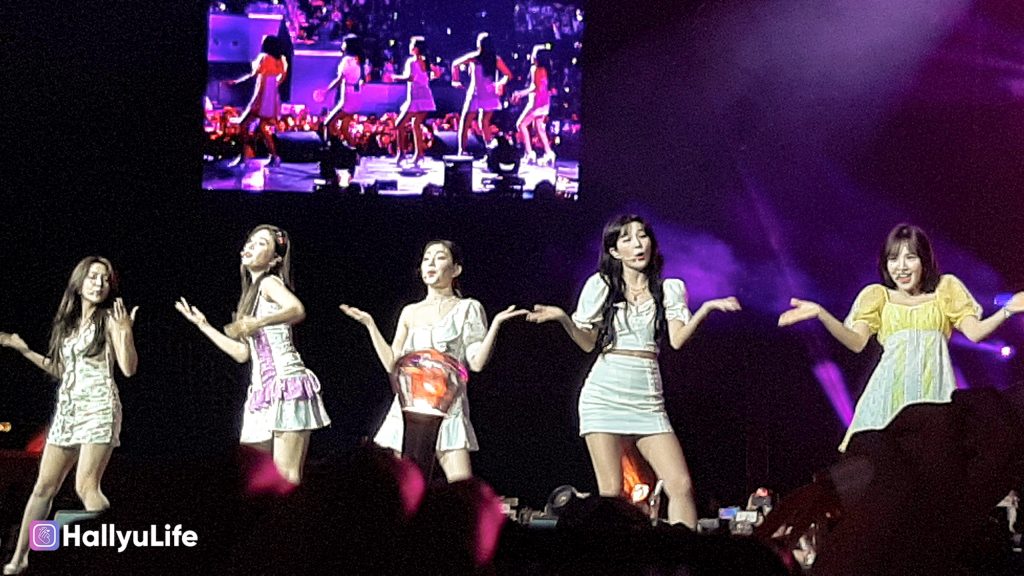 While many fans expressed their excitement on hearing this news, some also expressed their concern and desire for the members to be completed upon their return to Manila, since Wendy is currently recovering from multiple injuries due to a rehearsal incident occured at SBS Gayo Daejeon last December. Currently, only the four members of Red Velvet are performing at their tour. -HallyuLife.com