The Filipino Band Ben&Ben has been receiving lots of love not just from Filipino fans but also Korean fans with their track ‘Leaves’. In response to a lot of fans’ requests, they finally make a special video of them covering select K-pop songs like ‘Beautiful Time‘ by NCT Dream, ‘Bad Boy‘ by Red Velvet, ‘You Were Beautiful‘ by DAY6, and ‘Feel Special‘ by TWICE. 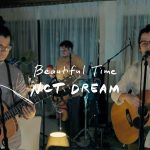 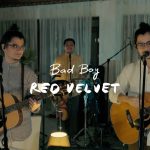 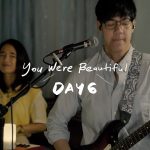 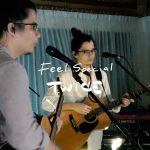 Before this video premieres today, August 5, The Filipino band has already been trending not just in the Philippines but also in South Korea as they became the most search term in Melon Realtime Search Chart with terms like ‘Leaves‘, ‘Ben&Ben’, and more on July 22.

One of the first reasons why they trend number 1 in South Korea is when NCT Mark plays Ben&Ben’s track’ Leaves on his Vlive last July.

hey thanks for playing our song "leaves", Mark of @NCTsmtown_127 ! https://t.co/OYTELJvxup

It was followed by DAY6 Jae who also plays the track on his Instagram live. He was so shocked by the song and he said:

Ben & Ben, Leaves, Wow! It was amazing. I was really surprised!

Yesterday, alot of ppl recommended Ben&Ben; asking, have you listened to them? So i went to check out the song Leaves. Wow the song is really good? It's really good.

Ben&Ben. Leaves. It was amazing, wow. I was surprised.@BenAndBenMusic x @day6officialhttps://t.co/5hUhFpf7bD

Even ONCEs recommend the song ‘Leaves’ of Ben&Ben to TWICE. Days after, TWICE Momo and Sana listen to it while they’re on Vlive. Both of them like the song so much.

onces recommended momo and sana (and boo) listen to a song called ‘leaves’ by @BenAndBenMusic, momo said she really likes it and said onces have good sense pic.twitter.com/pwHxPt7yDr

Momo even suggests the song to TWICE Nayeon that makes her like the song as well.

woah thanks for playing our music again nayeon! @JYPETWICE https://t.co/WgHiNKI75o